Find additional healthcare information about symptoms and conditions through our Health Library.
Begin Your Search
About LCMC HealthAcademic AffairsMeet our team 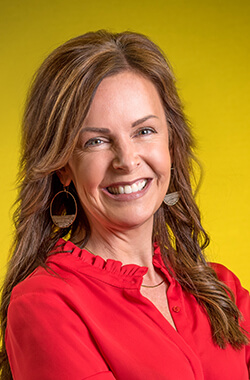 Robin McGoey, M.D., received her M.D. degree from LSU School of Medicine. After an internship in Pediatrics at Children's Hospital and a Pathology residency at LSU, she joined the faculty in 2005. She served as the Pathology Residency Director for 7 years before joining the UMC Academic Affairs team. Following a little more than one year in the role of CAO for UMC, she had the privilege of assuming the role of CAO for LCMC Health adult hospitals in April of 2020. She remains a proud member of both the LSU and Tulane adjunct faculty. Dr. McGoey received her undergraduate degrees from the University of Virginia and a Masters in Clinical Genetic Counseling from the University of Texas Health Sciences Center in Houston.

Lauren Rabalais, M.P.A., is the AVP of Academic Affairs. She received her Master of Public Administration with a concentration in Healthcare Administration from Louisiana State University. Lauren has worked at a major teaching hospital in Baton Rouge, Louisiana, where she was responsible for the operational management and oversight of the Graduate Medical Education Department and Grants Office. She is experienced in managing large and diverse teams, designing and deploying strategic plans and policy for academic affairs, and leading organization-wide performance improvement and change initiatives aimed at transforming the clinical learning environment and medical education delivery.

Tiffany Fontenot is the Academic Affairs Coordinator for LCMC Health and University Medical Center. She works to open the lines of communication between administration, residents, and students to ensure an optimal clinical learning environment. Tiffany has spent several years working with hospital medical staff and graduate medical education offices, where she has coordinated physician onboarding and orientation efforts and demonstrated leadership in database project management. She most recently worked in Public Affairs for Turner Industries Group where she supported community relations and the company-wide giving campaign. Her passion is finding new and creative ways to support learners and her team at LCMC. She received her Masters in Health Care Administration from Franciscan Missionaries of Our Lady in Baton Rouge.